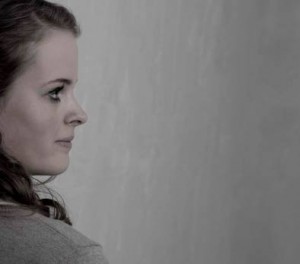 Cellist Dana de Vries (Leeuwarden,1993) is an internationally active chamber musician, soloist, orchestral player. She is currently playing in the Teatro la Fenice in Venice. In June 2018 she gratuated for her Masters at the ‘Hochschule für Musik und Theater Felix Mendelssohn Bartholdy Leipzig’ where she studied with Peter Bruns.

During her studies, Dana had the privilege to work with Jiri Prchal, Jan-Ype Nota and Michel Strauss. In 2013 she graduated with honors from the Prince Claus Conservatoire; at the same time she entered le Conservatoire National Supérieur de Musique et de Danse de Paris where she received her diploma two years later. As participant in several festivals, Dana took masterclasses from Jean-Guihen Queyras, Anner Bijlsma, Gary Hoffman, Richard Aaron, Natalia Gutman and has played alongside Emmy Verhey and Klara Würtz.

Dana recently received a prize for outstanding musicianship in the North of the Netherlands, called ‘’het zilveren viooltje’’. Besides that, she won 1st and 2nd prizes at the Prinses Christina Competition, the Night of the Young Musician and the incentive prize at the Amsterdamse Cello Biënnale in 2012.

Principal leader of the cello section for the spring tour 2017 with the Britten Pears Orchestra, Dana had the chance to play with conductor Marin Alsop in the Royal Festival Hall in London and Snape Maltings. Co-principal of the European Union Youth Orchestra, Dana has played several tours throughout Europe under the batons of Bernard Haitink, Vasily Petrenko, Gianandrea Noseda, Vladimir Ashkenazy and Xian Zhang in halls such as Konzerthaus Berlin, Concertgebouw Amsterdam and Royal Albert Hall in London. In 2015 she was asked to play the Rococo Variations of Tsjaikovsky with the European Union Youth Orchestra as a rehearsal soloist.

At the age of 18, Dana made her debut at the Carnegie Hall (New York) as prize winner of the American Dutch Community Trust, where she played together with pianist Jeremy Jordan. She started playing as a soloist from the age of 9 with orchestras such as The North Netherlands Orchestra, Dutch Philharmonic Orchestra, National Symphonic Chamber Orchestra, Youth Orchestra the Netherlands and the Haydn Youth String Orchestra with conductors such as Jurjen Hempel, Joan Berkhemer and Etienne Siebens. She recorded Boccherini’s celloconcert in D-Major with the Haydn Youth String Orchestra and played a première of Peter Kooremans’ cello concerto together with the Autunno Ensemble in The Netherlands.

Dana is a founding member of the North Sea Ensemble, a European based quartet that is driven to perform the great chamber music repertoire alongside new jazz and folk inspired music. Their first concert was at the Grafenegg Festival with Bruckner’s quintet. They performed premières of Misha Abbado and Peter Kooreman in Belgium and The Netherlands. Exciting collaborations are coming up including concerts in Estonia, Wales and France. The quartet has been invited to take part in the Young Artist Program of Snape Maltings where they will be giving two concerts. Together with duo partner Fiona Mato, Dana has performed several concerts in France, including the Dutch Embassy in Paris, as well as in the Netherlands at the Peter de Grote Festival in the Young Masters in Concert program. Dana was member of trio Strings Attached, a Dutch founded piano trio between 2010-2014. They were representing the Netherlands at the Harmos Festival in Portugal in 2012 and took part in the Peter de Grote Festival and International Chamber Music Festival Apeldoorn.